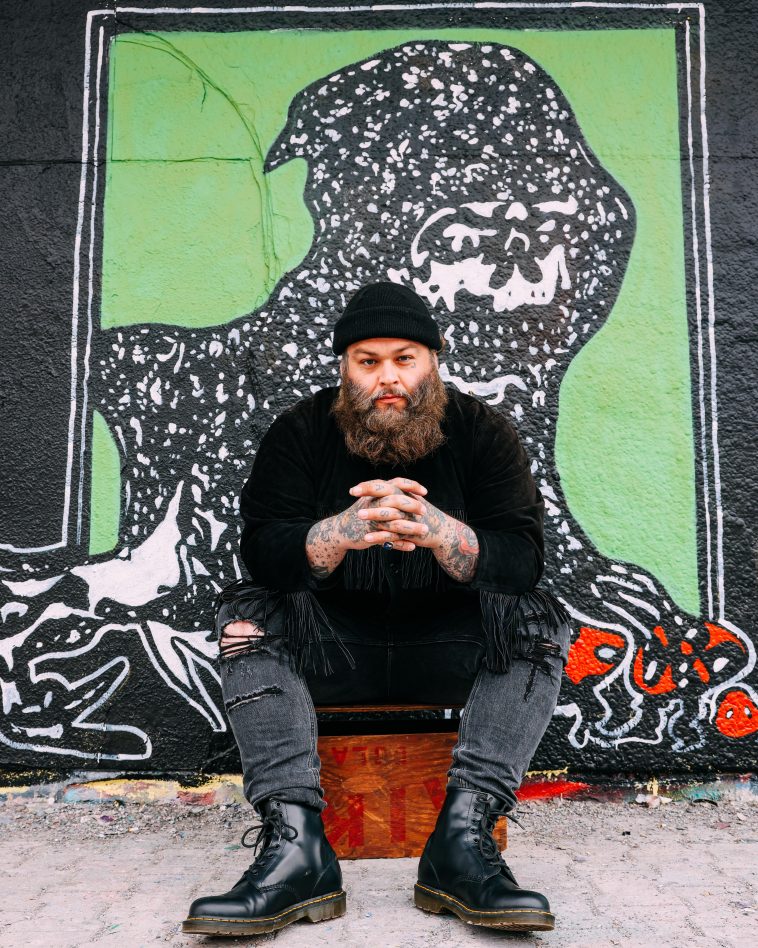 Wade MacNeil (Alexisonﬁre, Gallows) has released the first track from his new psych-rock project Dooms Children. “Flower Moon” premiered on the popular BBC Radio 1 Rock Show with Daniel P Carter on May 23rd and is available to stream now HERE. The swirling, slow burn of the song with its intensely cathartic coda, embodies the hope of renewal and rebirth that the full Moon of May, known as the Flower Moon, represents in cultures the world over. The release also coincides with one of the astronomical highlights of 2021, a combination of a May’s full Flower Moon, a ‘supermoon’ and a total lunar eclipse.

Shares MacNeil, “This song is about putting back together the pieces of a life that’s been shattered…feeling a little rough around the edges from what you’ve been through, but excited about what’s to come, ’cause you don’t know what’s going to happen next.”

Central to the enveloping aural experience of Dooms Children is its live-off-the-floor recording and organic production style. The effort was co-produced with musical collaborator Daniel Romano, and also features multi-instrumentalist Ian Romano, and Montreal guitarist Patrick Bennett. More information on the project will be available in the coming weeks.