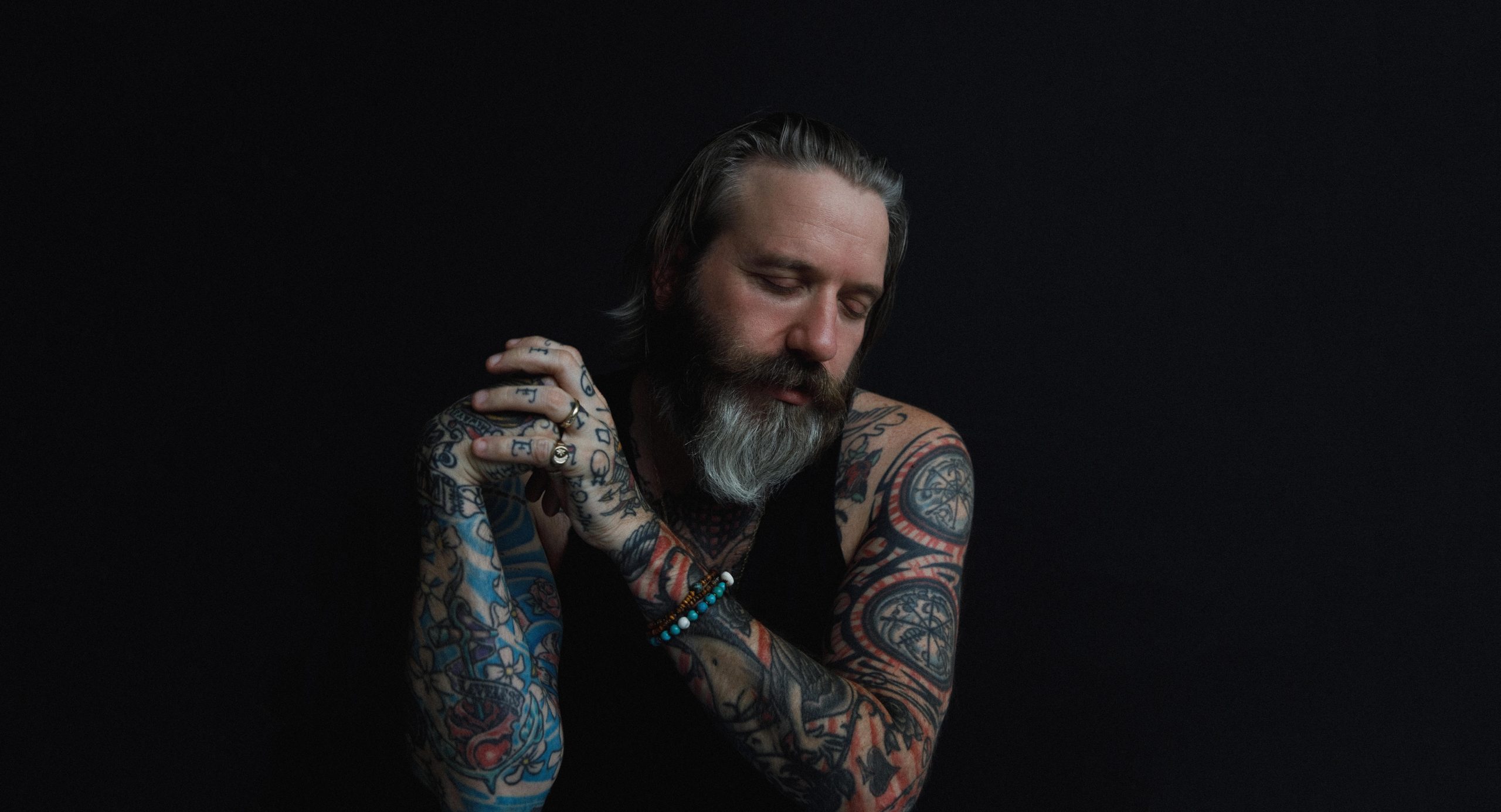 City and Colour
The Love Still Held Me Near

Tragedy has a way of bringing out the best in songwriters. That’s certainly the case for Dallas Green on The Love Still Held Me Near, his seventh studio album under the moniker City and Colour.

The 12-track set, arguably the most sonically aggressive and stylistically expansive outing in the City and Colour canon, comes from what Green has acknowledged as the most difficult time in his life. Within the span of a year, he lost two crucial figures – his cousin Nicholas Osczcypko, with whom he played in his first band, and longtime friend, City and Colour producer and engineer Karl Bareham, whose drowning death in Australia while on tour was the direct impetus for The Love Still Held Me Near’s first single, “Meant to Be.” At the time, Green was also separated from his wife of (then) 11 years and felt their marriage was “seemingly over.”

Green feels those inspirations were vehicles to push The Love Still Held Me Near in its own direction of exploration and discovery.

“It’s not specifically about those events,” he says of the album, which was co-produced with longtime band member and multi-instrumentalist Matt Kelly. “It’s just an overarching theme of loss and the idea of trying to get through it.” Though he adds with a small chuckle that “it was like I was having this beautiful, perfect mid-life crisis,” the deeper purpose of the album is “asking good questions about life and then framing it in a way that anyone can find themselves in it. I know the experience I’m writing about on this album is not singular at all; it’s everything we have to deal with as human beings, trying to live and get through it.”

The Love Still Held Me Near certainly takes that trip from the emotional depths through the other side and finding a way to, as the closing track says, “Begin Again.” Throughout the album, Green questions the very core of his beliefs – spiritual and otherwise – and in the title track he wonders whether true healing is even possible. He ultimately concludes that it is. Even when he acknowledges that “hope is hanging by a thread” Green sings, “I know the beauty lies in dawn’s early light” and that “it ain’t enough just to be alive/we gotta lean into the love a little before we die.”

This is conveyed amidst a soundscape that dresses up the angst, tribulation, and catharsis in sophisticated instrumental textures, ranging from waves of ambience to explosions of guitar-driven noise, with a wide array of touchstones in between.

“It was all about the love of things,” Green explains. “I had gone through the most negative, terrible aspect of living, and it was the idea that the positive and the love could still keep me, us and my friends together. I like to write. It’s what I do when I just need to get something off my chest. It makes me feel better.”

Hailing from St. Catharines, Ontario, Green started City and Colour in 2005 as a (then) quiet counter to the band he co-founded, hardcore luminaries Alexisonfire, releasing songs via the Internet. They proved so popular with fans that he released City and Colour’s first album, Sometimes, later that year which won the JUNO Award for Alternative Album of the Year. He has since released five more albums under the moniker, accompanied by a shifting lineup of musicians, and collected four JUNO awards, including two Songwriter of the Year awards, plus one Triple Platinum, two Double Platinum, six Platinum, and one Gold certification in Canada, and one Gold certification in Australia. In 2022, Green was honored with the SOCAN National Achievement Award in recognition of his philanthropic contributions to music education in Canada.

Beyond the legacy of City and Colour, Green teamed up with global icon Alecia Moore (a.k.a. P!nk) to form the folk duo You+Me. The duo’s acclaimed Platinum-certified first record, rose ave., debuted at #4 on the U.S. Top 200 Chart, #1 in Canada, #2 in Australia.

Despite that productivity and work ethic, Green went through a dark and fallow period before The Love Still Held Me Near got on track.

Already laid low by the deaths and marital impasse (he and his wife reconciled in the wake of Bareham’s passing), Green concluded a tour on February 29, 2020 and then was hit hard, like so many of his creative colleagues, by the global pandemic that brought the music industry to an abrupt and frightening halt. “I wasn’t really thinking about making music at all,” he recalls. “It was such a strange time for all of us, trying to wrap our heads around what was going on. I spent that spring and summer of 2020 just really trying to dig in and figure out what was going on in my life and who I was and why I had spent my whole life doing this thing that might be gone.” Green was also turning forty on September 29th of that year, which led to “a crisis of character and contemplation.”

Some consolation came via visits from Kelly at Green’s home in Northern Ontario. The two had “a lot of conversations, basically grieving with one another” over Bareham’s death and other issues. “It began the process of trying to figure out what had just happened in 2019,” Green says, “I really started to find the spark again, and then started writing.”

The timing coincided with Green regrouping with Alexisonfire during the early stages of the pandemic shutdown to make their first full-length studio album in 13 years, Otherness. Green found himself going from writing nothing to working on material for two contrasting but fulfilling projects.

“I’d always joked that if I made music as much as I thought about making music I would have twice as much as I already have,” Green says. “September 2020 to May 2021 was the most creatively explosive period I’ve ever had in my life. In seven months, I wrote and recorded two records, comprising of 22 songs. Quite a ‘comeback.'” During that time, he also recorded and released a two song EP, Low Songs, featuring the tracks “Murderer” and “Sunflower” from one of his longtime favorite bands, Low.

Though intensely personal, recording The Love Still Held Me Near was a collective and collaborative process. Recorded at Jukasa Studios in Caledonia, Ontario, Green and Kelly brought together a band of Canadian session stalwarts that included John Sponarski on guitar, Erik Nielsen on bass, and Leon Power on drums. “The dudes who played on this record are a unit and have this hidden language like I have with Alexisonfire,” Green notes. “And they’ve known me a long time. They all understood the pain and what these songs are about. They understood me. They understood the way I work, the way I use music to get myself through whatever was going on in my life at the time. And they knew Karl, too, so we were all sort of supporting each other through it.”

Mixed by longtime collaborator and three-time Grammy-winner Jacquire King (Kings of Leon, Norah Jones, Tom Waits, Modest Mouse, Shania Twain and others), the album features Green’s voice louder than ever before, supported by arrangements that are at once delicate and nuanced but also enormously powerful. “Meant to Be,” for instance, blends acoustic and electric instruments in a sweeping build, while you can hear fingers on strings and necks of guitars during “Fucked it Up.” On songs such as “Bow Down to Love,” “A Little Mercy,” “The Water is Coming,” and the title track, you could swear that Neil Young and Crazy Horse somehow snuck into the City and Colour sessions.

With The Love Still Held Me Near wrapped and ready to come out, Green is, not surprisingly, ready to get this incarnation of City and Colour out on the road to play the songs.

Green affirms, “Something I’ve figured out after two decades of doing this is I’m invigorated working with new people and coming up with our own versions of the old songs. We had such a great time in the studio making this record, so even though it will be tough to live through the pain (of the songs) again, I can’t wait to finally be playing with everyone.”

That’s the testament of a man who’s faced down challenging times the only way he knows how – with guitar in hand, lyrics on the page and musical comrades at his side. Green’s conviction has been renewed – and rewarded – on The Love Still Held Me Near, and in doing so he’s helped to bolster ours as well.

City and Colour To Release His Most Emotionally Charged, Sonically Expansive Album To Date, The Love Still Held Me Near, On March 31

City and Colour Returns With Powerful Emotional Track “Meant To Be” 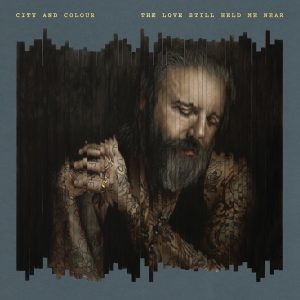 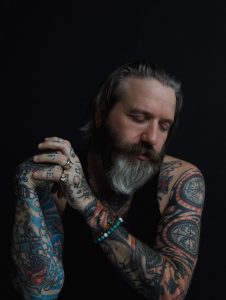 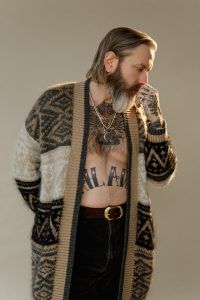 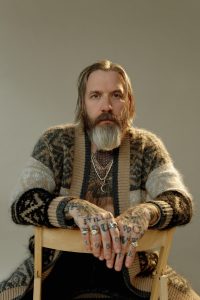