Connie Smith
The Cry of the Heart

Dolly Parton and the late George Jones and Merle Haggard have all sung her praises. The deeply emotive vocal style of Connie Smith has never wavered since her national debut in 1964 with the smash C&W hit, “Once a Day” – a chart-topper for eight weeks. The RCA single, recently selected by the Library of Congress for its National Song Registry, set the template for Smith’s aching contralto that still sends chills down the spine, all these decades later. But Smith takes her time and makes her public wait: First, after a decade of stardom, she stepped back to raise her five children, before returning to the studio in the late ‘90s with master musician, recording artist, and producer Marty Stuart. They not only made a great album, they fell in love and married; another well-received Stuart-produced Smith LP followed in 2011.

Now, the powerful new Cry of the Heart marks the couple’s third classic-country collaboration, and Smith’s first album in a decade. “Here’s what I learned about loving and living and working with Connie,” Stuart explains. “She makes a record when she’s ready and nothing pushes her in that direction until she’s in the mood and space to do it and the songs are right. One day, a Dallas Frazier song drifted in, and all of a sudden she had that look in her eye, and it was time to go!” What was it about Frazier’s “I Just Don’t Believe Me Anymore” “The words to that song and the way the melody sweeps,” Smith says, “I think it’s just a perfect song!”

In addition to the new composition by the songwriter whom Stuart calls Connie’s “muse that makes it all spark” – she’s cut 72 Frazier songs to date – another tipping point was a live track from The Marty Stuart Show. On an episode broadcast in 2014 – during its eighth and final season – Connie joined Marty and his band the Fabulous Superlatives onstage for “A Million and One,” a 1966 hit for her fellow Grand Ole Opry member Billy Walker. “I heard ‘A Million and One,” Stuart says, “and it’s like, “Ah, there’s the start of a record!” Seven years later, the gut-punching track kicks off The Cry of the Heart with that soul-stirring Smith voice, a cappella, before being joined by musical titans.

Among them: king of the Nashville A-team, pianist Hargus “Pig” Robbins, who’s accompanied Smith since the mid-sixties. “I sing better when Pig’s playing,” Smith confesses. “I love the depth and timbre of his playing. The way he plays just lifts me up and I feel more when Pig’s playing.” And for Connie Smith, singing is all about feeling. “It’s just the way I get my heart out,” she says. “I try and do it from my heart because if you don’t, it don’t mean anything.” Stuart says the bond runs deep between Connie and Robbins – “her secret weapon” – both inducted into the Country Music Hall of Fame in 2012. “The truth is neither one of them has ever varied from who they are and what they do,” he says. “Connie’s voice covers that upper register so naturally, and Pig puts a foundation under her, that left hand of his is just gargantuan. It fills up and makes a complete circle out of the sonic proceedings.” Their version of Mel Tillis’ “All the Time” is a case in point.

Another key element of Smith’s sound is the steel guitar, handled for years by studio stalwart Weldon Myrick (1938-2014), beginning with his first session: her “Once a Day. “  “Connie is one of the best friends the steel guitar has ever had,” according to Stuart. “She says Weldon gave her the Connie Smith sound. She can pull you up out of your chair with some of those notes she bends. And that’s what the steel guitar can do. It goes straight to your heart. I often say she has pedals in her throat – she’s part steel guitar.”  Smith agrees: “If I were an instrument, I’d want to be a steel guitar.”

Smith’s counterpart is now in the able hands of Gary Carter – “the man who’s keeping the steel guitar alive,” Smith proclaims. “He can play any lick he’s heard, but he also has his own licks and he has the heart for it.” Indeed, “To Pieces” is a kind of call and response between Smith and Carter, while on the ballad “Heart, We Did All That We Could,” it’s like the two are singing a duet.

As on Smith’s previous two albums with Stuart, the two contributed originals written together. The soaring “Here Comes My Baby Back Again” and weeper “Spare Me No Truth Tonight” were born on a tour bus and the couple’s Mississippi cabin, respectively. “Our whole relationship started on ‘Hey, let’s get together and write a song,’” Stuart recalls of their 1996 rendezvous. “We first wrote a shuffle – drop-dead country music – with Harlan Howard for her 1998 album. As time has gone on, we’ve tried to keep living up to that standard. When we write a new song that feels like it’s been here for 40 years and has the feeling of an old friend, I know we’re there. I love writing with her. She’s the world’s greatest finisher, polisher, and helper. She’s a song hound.”

“We’ve had such a great time,” affirms Smith, who says that over the past 25 years, “we’ve written 40 or 50 songs. We’ve been together long enough now that we’re starting to think alike.”  She also loves working in the studio with her husband. “Marty hears everything,” she says. “He’s a great arranger and producer.” Stuart and his Fabulous Superlative bandmate Harry Stinson sing harmonies throughout, and on “Spare Me No Truth Tonight,” they re-created the Anita Kerr Singers sound with the vocals of bassist Paul Martin, Sonya Isaacs, Christian David, and Terry Wilson.

Smith is overjoyed with the results. “I love the studio.  It’s a place to take ideas and transform them into songs that can touch people’s lives.” As on her 53 previous albums, she’s remained as true to herself as on her first one more than five decades ago. “People ask me, ‘What is country music,’” says Smith. “I say, ‘To me, country music is the cry of the heart.’ We all have these experiences in our hearts and I’m trying to identify and communicate with people so they know they’re not alone.” And on The Cry of the Heart, Connie Smith has done exactly that.

Iconic Country Artist Connie Smith To Release The Cry of the Heart, Out August 20th, First Release In A Decade 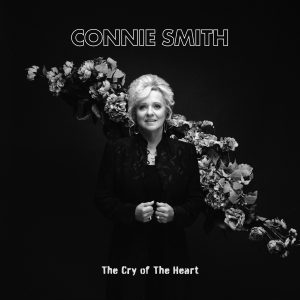 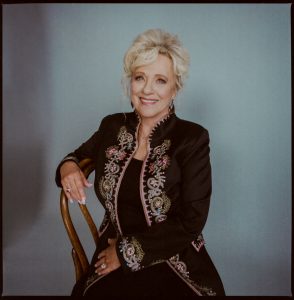 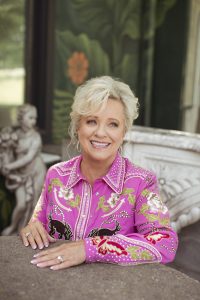 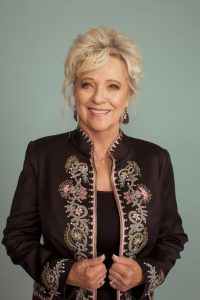 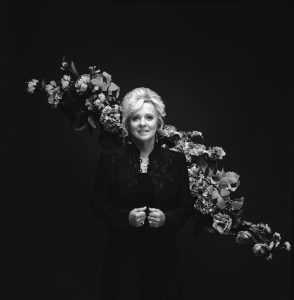 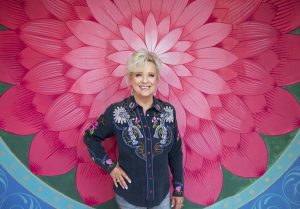 WNYC’s All Of It with Alison Stewart Album Listening Party