“It was one of those legendary Nashville nights. We threw a picking party in late December. The songs were singing, the drinks were drinking. It was around midnight when Darrell Scott showed up. He sat down in front of the fireplace, picked up a guitar, and we played “Sake of the Song” together. It’s a song — one of several — we had written years before, but we never had really played it. I knew right then and there that I wanted to capture more of that energy.”

When Hayes Carll released Flowers & Liquor in 2002, he had no master plan beyond continuing to write songs, play shows, and see where the music would take him. Of course, when you write songs that ply a cocktail of Guy Clark’s detail, John Prine’s humor, and Ray Wylie Hubbard’s outlier musk, things have a way of happening. A pair of Americana Music Awards for Best Emerging Artist (2010) and Song of the Year for “She Left Me For Jesus,” (2008) a triple at the 2016 Austin Music Award for Artist/Songwriter/Singer, and a 2012 Grammy nomination for Best Country Song for “Chances Are,” are just the tip of Carll’s slow-moving career. He’s had the Most Played Record on Americana Radio twice — in 2011 with “KMAG-YOYO,” and in 2019 with “What It Is,” and his songs have been recorded by a diverse group of artists including Kenny Chesney, The Hard Working Americans, Curtis Stigers, Lee Ann Womack, Jack Ingram, and the Brothers Osborne. The 44-year old shakes his head when you run the highlight real, as much to say, “Yeah, well” as to half apologize for the torrent of accolades. Never one for big declarations or hyperbole, the kid raised in the Woodlands, Texas, just outside of Houston, who’s done time in Austin’s roots music scene, traveled the world, and somehow had the first independent album to hit #1 on the Americana Chart, managed to balance wry commentary with a wide-open tinge of full-blown romance.

As isolation became the new world order in early 2020, Carll was grounded at home like every other touring musician he knows, including Scott. With all of his tour dates cancelled or rescheduled, he suddenly had time to think about what was next. The picking party wouldn’t leave his mind, nor would the feeling that he wanted to revisit its spirit and apply it to the work that was behind him before he could move forward. He called Scott to see if he was game for some musical fun and exploration.

He was. Music started to go back and forth — parts were stacked, songs were cored and reimagined, vocals were delivered, and guests were added. Some of Carll’s favorites were on their way to a turpentined take on what so many know by heart.

“Most of my parts were recorded in the one-room studio that sits in our backyard. We call it The Doghouse. Allison was able to do her part with me live. Ray Wylie flew his parts on “Drunken Poet’s Dream,” in by X-ray beams from Texas, Darrell worked his magic from his home, and here we are. A whole new world, a whole new way to make records, but the same idea of fingers on strings, voices on a mic, and songs from the heart.”

“Over all these years, I’ve never really looked at how all these songs fit together,” Carll explains. “I never thought about what they had in common or how they’ve built on one another. When Darrell and I started talking and trading files, I had to step back and learn something about how all this happened… not just the songs, but the life. And in what’s easily the funkiest time any of us have ever faced, some of the songs have taken on new shapes and other meanings.”

Alone Together is the result. Tangier, twangier, loads of fat guitars, shuffle beats and boozy pools of steel guitar, the 11 songs – nine Carll originals, Canadian poet/producer/and singer Scott Nolan’s “Bad Liver and a Broken Heart” and a honey ‘n suede duet with the singer-songwriter and author Allison Moorer, to whom he is also married, on Merle Haggard’s “That’s The Way Love Goes” – demonstrates the lyrical pungence and Lone Star rhythms that define his half dozen records. Whether the Dylan-esque talking blues slathered with a woozy dobro ride of KMAG-YOYO’s “KMAG YOYO,” the sparkle and country simplicity of Trouble In Mind’s “Beaumont,” or the gospel moan life-on-the-road witness of Little Rock’s “Down The Road Tonight,” Carll’s classics settle on the listener like a favorite flannel shirt. Warm and comforting, it’s the familiar welcome of an old friend.

A twirling steel part that warps and shimmers adds a sinister tinge to Lovers & Leavers’ “Sake of the Song,” juxtaposes the earnest folk of Flowers & Liquor’s “Arkansas Blues,” and the almost burlesque stroll of Trouble’s running wide open “Wild As A Turkey,” which receives an intricately tumbling National guitar solo.  Even the strummy bluegrass reinvention of “Drunken Poet’s Dream,” a ribald celebration of a certain libertine female, finds Carll swapping praises with co-writer and hero Hubbard on the euphoric revel before descending into salty freeform smack talking.

“That ad-libbing with Ray Wylie was crazy,” Carll concedes, “because we were nowhere near each other when we did it. But, you know, you fall into it with your old friends – and that song especially hits us both in such a good place.”

Good places are signature to the two “Austin City Limits” veteran. He can take the dank, turn it into the place to be, make the louche luxe, and offer refuge in the eye of the storm.

With news cycles feeling like a noose around one’s soul, the smoky “Times Like These” stands as a witness for what we’re all going through. The lone song from 2019’s What It Is, it’s hard to miss the still ’n holler blues witness to trying to get by, facing the worst, and stretching things as thin as they can without coming apart.

“It’s probably good to pause every now and then, to take stock of everything,” Carll admits. “When you make your living playing out there for the people, you’re a moving target. That momentum doesn’t leave much time for thinking about what happened, let alone what it all means. At best, you’re sifting those moments into songs – or stuff to talk about at the next show – so something like this is a real luxury for a guy like me. How often does someone get to go back in, change the rhythms, turn up guitars, shift the perspective of a lyric or the delivery of a vocal? The more you sing these songs, the more you learn about them.”

What It Is Press Highlights

Hayes Carll Debuts In Top 5 at Rock, Country & Americana w/Acclaimed New Album What It Is 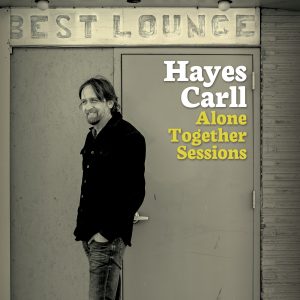 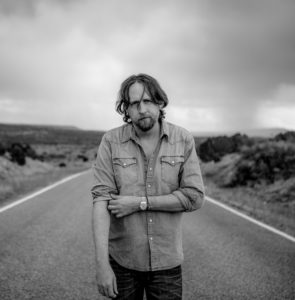 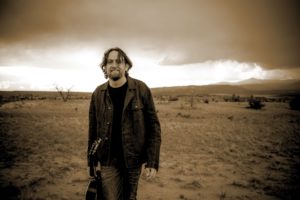 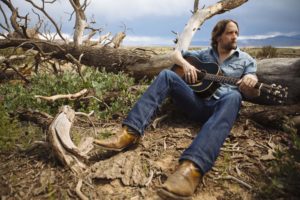 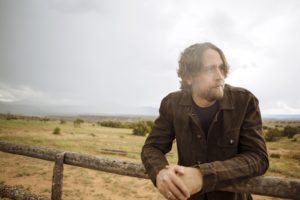 Rolling Stone Country “Times Like These” Video Premiere and Feature