“Beyond category” is the only label that truly suits Grammy Award winning group, The Mavericks.

As Entertainment Weekly noted in 2017, “‘What kind of music do The Mavericks record?’ is a question with no real answer. On the one hand, the Miami-bred outfit records bits of everything: Elvis Presley-esque rock, Roy Orbison-style balladry, Latin-fusion party tunes, throwback country, irresistible pop. On the other hand…a vocabulary for their style remains out of reach.”

The band has resolutely defied pigeonholing since their founding in 1989; they played their earliest dates in Florida’s alternative rock clubs, where their on-stage contemporaries included another new act on the scene, Marilyn Manson.

The Mavericks’ eclectic sound – fronted by a Cuban-American vocalist and songwriter who drew strongly on his Latin/Caribbean roots, and flexing a panoply of influences drawn from rock ‘n’ roll, rockabilly, pop balladry, blues, R&B, and jazz — ultimately fit most comfortably in a country pocket, and in 1991 the group was signed to MCA Records’ Nashville division.

It took the band a couple of albums to find their commercial footing, but in 1994 they launched a bona fide hit with their third collection, the No. 6 country album What A Crying Shame. The set’s title number, which climbed to No. 25 on the country charts and remained on the charts for six months, was the first of many early hits penned by lead singer Raul Malo and his frequent writing partner Kostas, and the first of four singles to reach the country top 30 in 1994-95. It was succeeded by “O What A Thrill” (No. 18), “There Goes My Heart” (No. 20), and “I Should Have Been True” (No. 30).

While What A Crying Shame attained platinum record status, The Mavericks were no mere dancefloor success: Their unique, swaggering fusion of American and Latin styles and sounds garnered praise from both music critics and their industry peers. “What A Crying Shame” collected a Grammy Award nomination

as Best Country Performance By A Duo Or Group With Vocal – the first of the band’s eight Recording Academy nods.

In 1995, their fourth full-length release Music For All Occasions (No. 9 on the country album charts) solidified The Mavericks’ status as both sales luminaries and artistic boundary-pushers. The country ballad “Here Comes The Rain,” another Malo-Kostas composition, garnered the band a Grammy Award for Best Country Performance (while the album drew a nomination as Best Country Album). That hit was succeeded by the band’s top-charting single, the No. 13 country hit “All You Ever Do Is Bring Me Down,” a romping Tex-Mex collaboration with accordionist Flaco Jimenez.

Another top-10 U.S. country album, Trampoline, followed in 1998; the U.K. single “Dance The Night Away” reached No. 4, spent eight weeks in the top 10, and went multi-platinum there. However, despite continuing success at radio, on the road, and in the press, The Mavericks succumbed to internal pressures and disbanded in early 2004.

However, while the group would be sundered for nearly a decade, they reunited to triumphantly perform festival dates and record again in 2012. Malo said the regrouping sprang from his then-current writing, calling it “a perfect storm scenario.”

The core of The Mavericks MK2 remains in force to this day, comprising Malo; founding drummer Paul Deakin; keyboardist Jerry Dale McFadden, who had signed on in 1994; and lead guitarist Eddie Perez, who had followed a short stint with the group in 2003 with several years in Dwight Yoakam’s band. (Founding bassist Robert Reynolds exited in 2014.) Their sound would be filled out by the versatile, brawny auxiliary unit the Fantastic Five (previously the Fantastic Four).

Signed to Valory Music Company (a subsidiary of Taylor Swift’s home label Big Machine Records), The Mavericks reinstated themselves in the top 10 of the U.S. country album charts with 2013’s In Time, a musically restless collection that garnered immediate and universal praise. In a rave review, Randy Lewis of the Los Angeles Times wrote that “the genre-busting band embodies the very best of the melting-pot experience that’s a fundamental component of the American character.”

During the decade The Mavericks were idle, a new musical category, Americana, had risen to the fore, and the band’s classification-defying sound came to

exemplify that anything-goes roots style. The band was named Duo/Group Of The Year by the Americana Music Association in 2015; in 2016, their sophomore Valory album Mono received two Grammy nominations, including Best Americana Album.

Also in 2016, the band took control of their aesthetic and commercial destinies with the establishment of their own label, Mono Mundo Recordings (distributed by Thirty Tigers through RED). This step towards independence also saw The Mavericks increasingly involved in hands-on management.

Malo told Forbes, “Our business concerns now go hand-in-hand with our artist concerns. They are two in the same, whereas before, whenever you [work with] another entity, there’s another agenda. When someone else owns your masters, you’re at the mercy of whatever business they need to take care of.”

Mono Mundo Recordings was inaugurated with All Night Live: Volume 1, which captured the group’s expanded concert lineup in all their fiery glory. It was succeeded in 2017 by the band’s debut studio album for the imprint, Brand New Day, an economical, forceful set that did not shrink from addressing the state of the union in turbulent times; it collected two more Grammy nomination as Best Americana Album and Best American Roots Song for the beautiful track, “I Wish You Well”.

Of the latter release, leading Americana publication No Depression said, “Pinning down The Mavericks is like picking up mercury with your bare hands. Time- jumping, genre-bending shaman, the band has no qualms about leaping cultures from song to song, somehow managing to keep their own identity intact while inhabiting the skins of others.”

With their 30th anniversary looming on the horizon in 2019, The Mavericks abide as an American musical treasure, with an all-encompassing sound that’s as deep, rousing, and entertaining as it is stubbornly impossible to pin down. 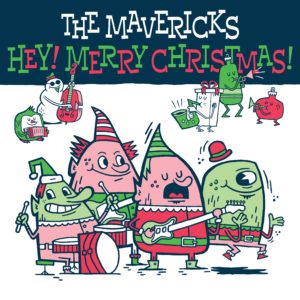 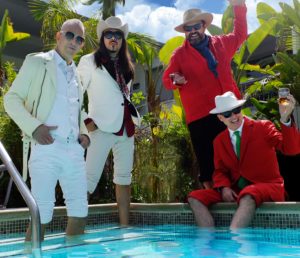 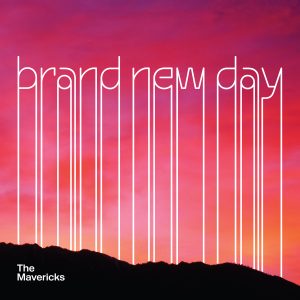 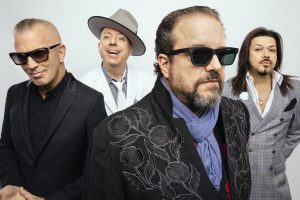 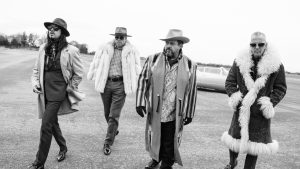 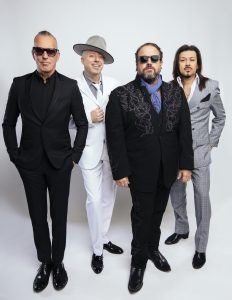 CBS This Morning: Saturday “I Have Wanted You For Christmas”

CBS This Morning: Saturday “Christmas Time is (Coming ‘Round Again)”

Billboard “I Have Wanted You For Christmas” Premiere