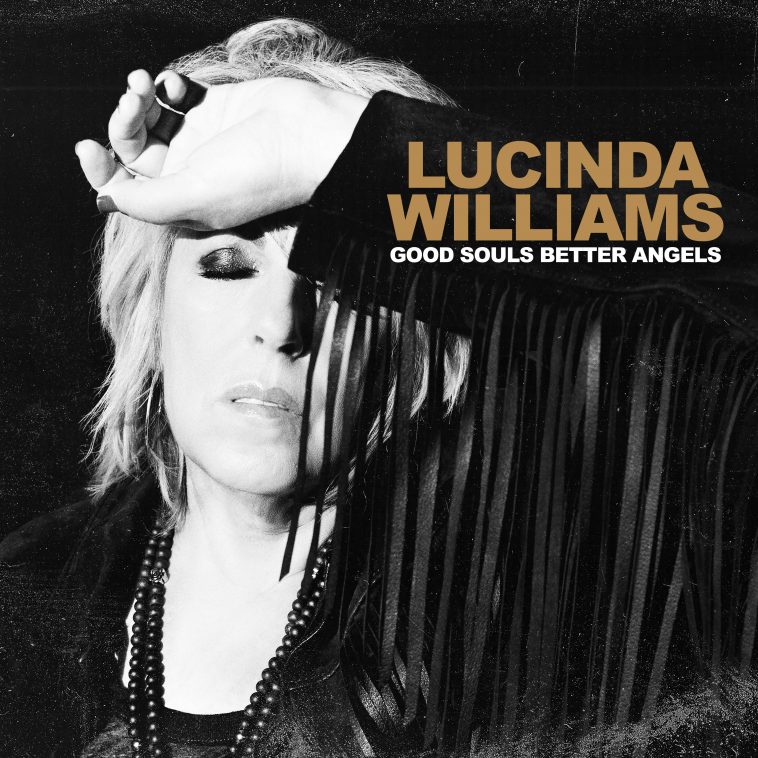 “Drawing as much from punk as roadhouse blues, Lucinda Williams’ loud and unsparing new album is some of the heaviest, most inspiring music of her career.” 8.0 – Pitchfork

Nashville, TN – With a four-decade celebrated career, 14 acclaimed studio albums, three Grammy Awards, numerous accolades, immeasurable influence and uncompromising artistic integrity, Lucinda Williams has not even peaked yet. The 67-year-old singer/songwriter’s new album Good Souls Better Angels (Highway 20/Thirty Tigers) is her boldest, most visceral work and proving to be one of her finest albums to date.

“…’Good Souls Better Angels’ is the Louisiana singer’s most fully realized work in more than 20 years…Williams has turned into a truth-telling musical treasure.”  A- – Entertainment Weekly

“…her records have grown more daring, and ‘Good Souls Better Angels’ is her best in years.”
– Los Angeles Times

“At 67, Lucinda Williams is still the biggest badass in town. On her latest album, ‘Good Souls Better Angels’, the singer pulls no punches as she takes on soulless politicians, lunatics and liars.”
– NPR Music

“’Good Souls Better Angels’ is her most electrifying record in years…she reacquainted herself with unbridled rock & roll.” – Rolling Stone Country

“Take a deep breath, strap in then push play on what is undoubtedly one of the most searing, potent and passionate albums you’ll hear this year.”
★★★★ 1/2 – American Songwriter

“…a reminder that Williams is an American treasure, one of our most reliably gifted and original singer-songwriters.” – Relix

“Even the most irreverent artists tend to mellow with age—but not Lucinda Williams. The latest proof is with her bombastic, defiant and gorgeous new album ‘Good Souls Better Angels’.”
– Grammy.com

“…the lyrics are at times part Dylan, part Strummer, part Johnson (both Robert and Blind Willie), but all Lucinda.” …she has crafted one of the most searing, powerful albums in her over-four-decade career.” – No Depression

Williams recently appeared as a guest on SiriusXM Volume’s “Debatable” and performed for Outlaw Country’s “Inside Outlaws” (See Lucinda perform a song of hope with the beautiful “When The Way Gets Dark”).