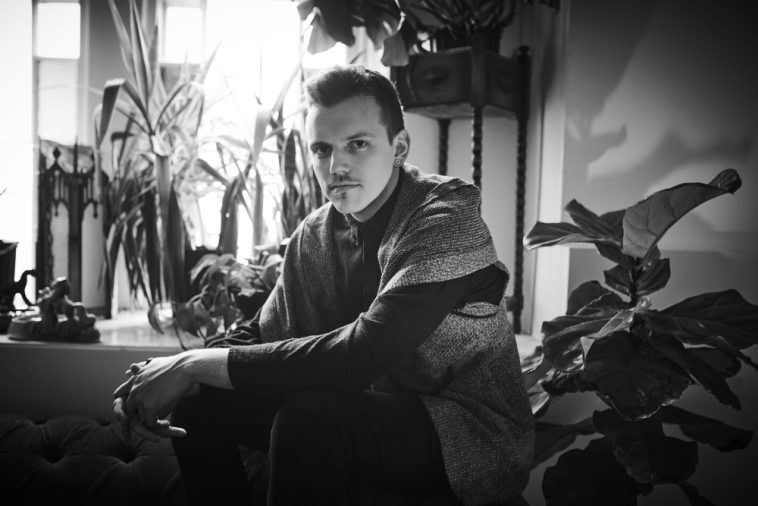 The Isle Of Ailynn, the transcendent sophomore album from eclectic Canadian artist Mappe Of comes out today on Paper Bag Records, along with the dark and beautiful new single “Volcae”, (pronounced vole-kai). LISTEN HERE.

“’Volcae’ is the dark crux of the record, set in a village under the black mountains of the Isle,” says Tom Meikle (aka Mappe Of). “Amidst a fog of overarching tension, as the powers that be use the village as a scapegoat for their wrongdoing, lies a story about a father’s suffering. After the loss of his wife to mental health issues and raising a daughter into terrifying circumstances beyond her control, he finds himself questioning nature at its core.”

The Isle Of Ailynn is a mesmerizing conceptual effort built around multiple environments within a fictional world. Mappe Of offers an immersive musical experience filled with gorgeous melodies and lush arrangements that draw from classical, electronic, progressive and indie-rock influences. The Isle Of Ailynn features narratives that parallel everyday issues and challenges we endure as human beings. While the characters and storylines are of a fictious nature, in the end the common ground is humanity that ties us all together. Read about Meikle’s motivation and vision for this tour de force in this personal essay HERE.

Mappe Of’s only US appearance in 2019 will take place on November 19th in New York City as part of Standard Sounds’ Annie O Music Series ­– which is curated by music industry tastemaker Annie Ohayon at the Standard, East Village in New York City. For more information and to RSVP click HERE.

The Isle Of Ailynn expands on the sonic explorations of Mappe Of’s 2017 acclaimed debut A Northern Star, A Perfect Stone. The album was well-received by the press including Stereogum, Consequence of Sound, Paste, NPR Music , Associated Press and more. (View Press Highlights).