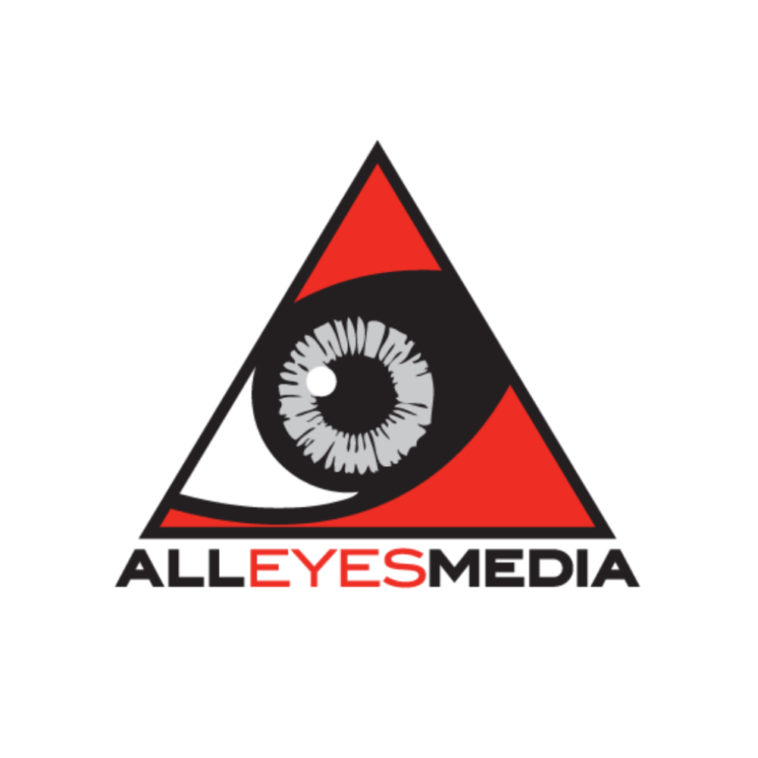 The 2019 Americana Music Festival and Conference will be held in Nashville on September 10-15, with eleven All Eyes Media artists performing, nominated or speaking. 2017’s Emerging Artist of the Year, Amanda Shires, is nominated for Album Of The Year for her highly acclaimed release, To The Sunset. Shires is set to perform during the awards ceremony on September 11, and Old Crow Medicine Show’s Ketch Secor will be presenting. Powerhouse vocalist Shawn James and the multi-talented Jonathan Wilson will make their festival debuts this year, while celebrated artists American Aquarium, Allison Moorer, Jesse Dayton, JJ Grey & Mofro, Old Crow Medicine Show, Trigger Hippy and The Way Down Wanderers will all make triumphant returns. For a complete list of our artists’ schedules during Americana week, click HERE.

Performing at the Honors & Awards Show on September 11

To The Sunset, the celebrated album from singer/songwriter/violinist Amanda Shires is nominated for this year’s Album Of The Year. Produced by Grammy Award-winning producer Dave Cobb, Shires’ poetic writing and distinctive vocals remain front and center as she pushes her art both sonically and lyrically. To The Sunset was praised by the press, receiving coverage from outlets including Rolling Stone, NPR, Nylon, Entertainment Weekly, Associated Press, as well as the cover of Garden & Gun. While maintaining her solo career, Shires is also part of the celebrated, newly-formed women’s supergroup, The Highwomen (along with Brandi Carlile, Maren Morris and Natalie Hemby). With her fearless approach to storytelling and charismatic delivery, Amanda Shires is at the top of her game right now. More information on Amanda Shires: alleyesmedia.com/Amanda-Shires.

“There are few writers – few people, in fact – who could examine with such profound bravery the immense suffering and trauma in her story, infuse it with a lyrical sense of timelessness, and make us feel grateful for the telling. ‘Blood’ is both unflinching and redemptive: a song of loss and courage.” – Rosanne Cash

Allison Moorer & Silas House in conversation about Blood along with a solo acoustic performance of a selection of songs from the accompanying record.

Critically acclaimed and Grammy, Academy and Americana Award nominated singer-songwriter Allison Moorer recently announced the October 25th release of her first album in four years, Blood.  This deeply personal collection of songs serves as a companion piece to Moorer’s highly anticipated autobiography, Blood: A Memoir, being released on October 29th through Da Capo Press, an imprint of Hachette Books. The album Blood serves as a song cycle featuring ten tracks that directly connect to the people, emotions, trauma, and state of mind that are all detailed so eloquently in the memoir. Wisdom, experience and perspective often offer us the opportunity to see things through a different lens while building confidence and self-esteem. That confidence has given Allison Moorer the fortitude to open up and write such a personal and painful memoir, and to create her strongest and most important work yet. More information on Allison Moorer: alleyesmedia.com/clients/allison-moorer

Friday September 13 – Bluebird Café Songwriters in The Round
@ 6pm-8pm

2019 has been a milestone year for two-time Americana Music Association Award- winner Hayes Carll, who released his highly praised new album What It Is earlier this year. Blending literate, thoughtful songwriting with his signature wry wit, Carll has been highly regarded by fans, critics and fellow artists as a revered songwriter with his own voice. What It Is spent a total of six weeks at #1 on the Americana chart, and 20 weeks in the top five. Carll’s song “None Ya” held the #1 position for eight consecutive weeks on the Americana Singles chart. What It Is garnered high critical praise from a multitude of outlets that included Rolling Stone, Wall Street Journal, Associated Press, NPR Music, MOJO, Billboard, American Songwriter, Garden & Gun and more. Watch Carll’s stripped-down Paste session HERE. More information on Hayes Carll: alleyesmedia.com/Hayes-Carll.

Revered guitarist, singer, songwriter and filmmaker Jesse Dayton is celebrating the release of Mixtape Volume 1, a collection of songs by legendary artists infused with his own Texas/Louisiana style. Over his decades-long career, Dayton has become one of the music industry’s best kept secrets and most valuable weapons while working with everyone from Waylon Jennings and Johnny Cash to Social Distortion and The Supersuckers. On Mixtape Volume 1, Dayton offers his own reinterpretations of the songs and artists that have influenced him, including The Clash, AC/DC, Bruce Springsteen, Elton John, ZZ Top and more. The album has received positive coverage that includes No Depression, Ultimate Classic Rock, American Songwriter, Magnet and more. For more insight, view Rolling Stone Country’s ‘Track x Track’ feature HERE. More information on Jesse Dayton: alleyesmedia.com/Jesse-Dayton.

Ketch Secor Presenting at the Honors & Awards Show on September 11

Grammy Award-winning American roots band, Old Crow Medicine Show, is performing in support of their upcoming album, Live At The Ryman (October 4, Columbia Records via The Orchard). The new record captures the raucous energy of their incredible live performances, recorded at Nashville’s legendary Ryman Auditorium, a stage that they have now graced over 40 times. Throughout 21 years of creating music, Old Crow Medicine Show continues to make modern musical statements while pushing their genre into the future and cementing their reputation as one of the most vibrant and forward-thinking traditional bands of their time. Their music has received praise from The New York Times, Associated Press, Billboard and many more. Watch a special unplugged performance of their song “Methamphetamine”, filmed at the Ryman, via Rolling Stone Country HERE. More information on Old Crow Medicine Show: alleyesmedia.com/Old-Crow-Medicine-Show.

“James’ truly extraordinary voice has been honed through experience in the Pentecostal church, opera and classical training, and tons of live performances. It’s deeply powerful, soulful, multi-octave and even nuanced. You do need to hear Shawn James sing. Vocally, he has few, if any peers”. – Glide Magazine

Born and raised on the south side of Chicago, Shawn James’ music is inspired by blues, gospel, rock, R&B and folk. Through his honest songwriting, remarkable voice and his DIY ethos, James has been a truly independent musical force since his debut solo album in 2012. On his own, James built a strong and dedicated fanbase world-wide and his music has generated over 85 million streams with songs that have been heard on TV programs, in commercials and video games. James accomplished all of this without a label, marketing team, publicity, promotion or even management.  He found a likeminded partner in Los Angeles indie label Parts + Labor Records for the 2019 release of The Dark & The Light, a deeply soulful, personal and powerful album. Click HERE for a haunting and commanding live, stripped down performance of “Orpheus”, via AllSaints’ “LA Sessions”. More information on Shawn James: alleyesmedia.com/clients/shawn-james.

Celebrated artist collective Trigger Hippy returns with their first album in five years and a new line up. Full Circle & Then Some will be released on October 11th via Turkey Grass Records/Thirty Tigers. Led by Black Crowes co-founder/drummer Steve Gorman and bassist/vocalist Nick Govrik, Trigger Hippy, version 2.0, now features Band Of Heathens vocalist/multi-instrumentalist Ed Jurdi and powerhouse vocalist/saxophonist Amber Woodhouse. The dynamic group infuses high energy elements of R&B, funk, blues, rock and gospel with a little Memphis soul and New Orleans boogie tossed into the mix. The result is both captivating and exhilarating right from the opening track “Don’t Wanna Bring You Down” with three vocalists each taking a lead. The song received a great write up around its recent premiere at Rolling Stone Country. More information on Trigger Hippy at: https://alleyesmedia.com/clients/trigger-hippy/.

THE WAY DOWN WANDERERS

“In addition to songwriting skills wholly impressive for their youth, and their equally admirable musicianship, there is a charisma in their sound accompanied by a positivity that proves infectious.” – No Depression

The Way Down Wanderers released their independent sophomore album illusions earlier this year, featuring a unique blend of influences stemming from their varied musical backgrounds in rock, jazz and classical. The genre-defying quintet crafts stories inspired by the heartland, with multi-part harmonies that are built on a foundation of Americana and bluegrass and injected with unexpected elements of pop and reggae. They have established an enthusiastic grassroots following with fast-paced live shows that offer an intoxicating and communal experience, complete with foot-stomping singalongs, in-audience encores and drummer John Merikowski’s infamous spoon solos. The press has also taken notice, with positive coverage from Associated Press, Rolling Stone Country, Relix, The Boot and more. View the band’s conceptual stop-motion video for the album’s title track HERE. More information on The Way Down Wanderers: alleyesmedia.com/The-Way-Down-Wanderers.

“At once cosmic and chillingly immediate, Rare Birds shows Wilson exploring the many possible outcomes of that old equation of inspiration – heartbreak plus time equals art...He’s an utterly original and irreverent thinker who’s evolving with blinding speed.”  – NPR Music

Critically acclaimed artist/producer/musician Jonathan Wilson makes his first appearance at Americana Fest. Wilson has been busy, producing records for Father John Misty, Conor Oberst, Karen Elson, and Dawes. He also spent much of 2017 and 2018 on the road supporting his most recent album Rare Birds, as well as performing alongside Roger Waters as vocalist/lead guitarist during the epic, worldwide Us + Them tour. Rare Birds features special guest contributions from Lana Del Rey, Father John Misty and Lucius and Brian Eno collaborator Laraaji. Born and raised in North Carolina, Wilson spent years in Los Angeles doing much of his work. When he came off the road late last year, he packed up his studio and went to Nashville with 20 new songs in tow. He recruited revered musicians that included Mark O’Connor, Kenny Vaughan, Jim Hoke, Dennis Crouch, Russ Pahl, Pat Sansone, and Jon Radford to record the new material. The result is an album unlike anything Wilson has recorded, inspired by the region he spent his formative years immersed in. Look for new music in 2020. More information on Jonathan Wilson: songsofjonathanwilson.com.

“Barham’s writing has rarely seemed so poised, and his lyrics – which take a hard look at current events, using them as launching pads for songs about the human condition – have never been as universal.” – Rolling Stone Country

American Aquarium is set to perform in support of their latest release Things Change, a powerful narrative chronicling life as seen through the eyes of front man BJ Barham.  Stacked with his signature storytelling, which is deeply personal but instantly relatable, the album is an introspective reflection of personal growth and change, which also touches on the current social climate in our country. Produced by Grammy-nominated singer-songwriter John Fulbright, the band’s seventh studio album debuted at #1 on the Billboard Heatseeker chart and landed on year-end lists for Rolling Stone Country, American Songwriter, The Bitter Southerner, Amazon Music and more. For a taste of the band’s powerful live performances view their session for Paste Magazine. More information on American Aquarium: alleyesmedia.com/American-Aquarium.